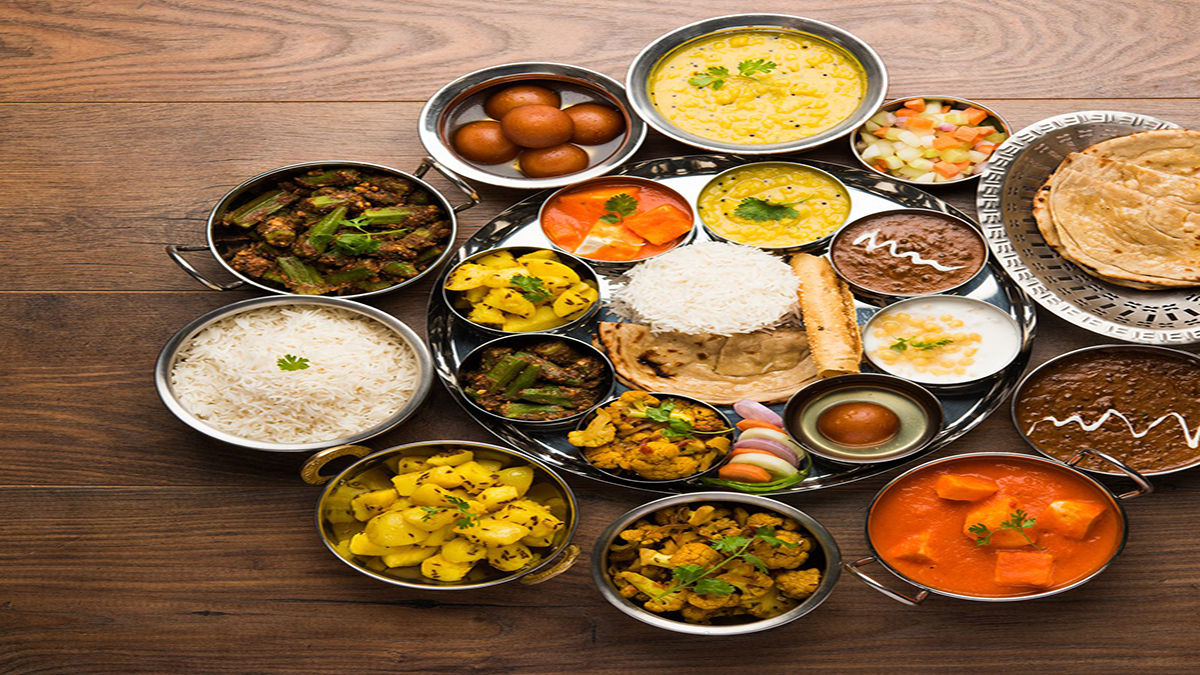 Indian Recipes for Dinner – Sure Shot Hit with Guests!

Home » Indian Recipes for Dinner – Sure Shot Hit with Guests!

Indian food is considered to be the most diverse in terms of taste, spice and quality. You can choose between the healthiest of meals with the least amount of oil or the buttery options which can cause havoc to your weight but delights you in taste! Below are some of the best Indian Recipes for dinner that your guests will enjoy – whether they may be fitness freaks or die-hard foodies!

Indian Food choices differ from north to south, east to west. Northern Indians prefer flatbread such as chapati and naan, but Southern Indians prefer rice and coconut. Western India is more metropolitan, but still famous for its classic spicy dishes. At the heart of the region, Mumbai is packed with city people, students, and employees. They all have their own unique cuisines, although typical traditional fare includes seafood and curries, hot and spicy sausages, and snacks with chai tea. East Indians love sweets and use a lot of milk and other dairy products in them.

India gets its variety of foods from different sources. Indian herbs and spices are used in Indian foods. Religions, including Hinduism and Islam, as well as cultural choices, all have a strong effect on Indian cuisine.

Indian food has been here for over 5000 years. Vegetarian foods are common among Hindus. Meat dishes are favoured among Muslims. Mongolian, Persian, and Chinese cuisines have slowly seeped their way into Indian Flavours. The unique combination of spices always gives Indian cuisine its delectable taste. Below are some of the Best Indian Recipes for Dinner which your Guests are sure to enjoy.

WHAT MAKES INDIAN FOOD SO SPICY:

Ever wonder why the food of India is different from others? Indian foods are so spicy and zesty opposing to the food that is available in the west.

Well, Indian food is spicy because of many reasons.

Indian food is a fusion of many cultures and regions. In the beginning, Mughals brought this fusion and innovation to Indian food. The first Mughal emperor Babur decided to start a tradition. He tasked many Indian chefs to prepare Persian dishes by using local ingredients. That’s when the taste of spices was introduced to Indian food and is still continued.

Three aspects contribute to the spice in Indian cuisine:

This handy ingredient provides several health advantages that enhance the flavour of a variety of recipes. This paste is the strongest all-around agent for killing germs and preventing food staleness.

A common spice found in many Indian recipes. This spice is recognized for its flaming spicy flavour. Adding a flavour punch to any cuisine. But did you know that this also kills 25% of bacteria in food as well!

In the early ages, it was one spice that turned Mughals and Europeans Indian.

Best Food For Weight Loss – Get it Right! – Gust Chimes

RECIPES TO ENTERTAIN YOUR GUESTS:

Basmati rice, goat, mutton, or chicken meat, lemon, yoghurt, onions, and saffron make up Hyderabadi biryani. The rich flavour of Hyderabadi biryani is believed to be due to its unique process. It is of boiling raw rice and raw meat together with exotic spices. Contrasting to other regions where meat and rice are cooked separately.

The particular cooking method known as dum is thought to have originated in Persia during the reign of the Mughals in India.

It is a popular snack in Mumbai. Its name refers to the main ingredients, which are spicy mashed potatoes deep-fried in chickpea batter.

White bread buns, Pav. This classic street meal is supposed to have started with Ashok Vaidya, a street seller.

He came up with a plan to feed the hungry workers. He said that the food should be simple to prepare and inexpensive. After the Shiv Sena, began to market the sandwich as an ideal working-class lunch, vadapav’s popularity increased.

Korma is thought to have originated in Akbar’s royal kitchen in the 15th century. It is a fusion of Persian and Indian cuisine. The dish is named after one of the Rajput tribes. Kormas should be served with chapati, paratha, or naan. Korma has three primary types. North Indian korma is made with almonds, cashews, and yoghurt. Kashmiri korma includes almonds, cashews, yoghurt, milk, and dried fruits. South Indian korma with coconut, coconut milk, almonds, and cayenne peppers.

Indian tikka is a recipe made of chicken. It has been marinated in yoghurt and traditional Indian spices such as turmeric, cumin, coriander, chile, garlic, and ginger. Tikka’s main fragrance and uniqueness are related to its charcoal making process.

5) Tandoori Chicken – Best Indian Recipe for Dinner which your Guests will enjoy:

The word tandoor originally comes from the Persian word Tannur. It’s so unique because of how it’s prepared. It’s cooked at high temperatures in cylindrical clay ovens called tandoors, resulting in tender meat with a smoky taste. The chicken flesh is marinated in yoghurt, seasoned with tandoori masala, and cumin, and then skewer.

If there is any dish that is famous throughout India is Daal. It is like the universal dish of Whole India. It is just so because it’s affordable and easy to make. The reason behind its popularity is because its main ingredient of black or yellow lentils. It is an ideal dish for the working and middle class because a single time daal serving provides energy enough for full day labour.

It is also the most popular dish in Pakistan, Nepal, Bangladesh and Srilanka.

7) Butter Chicken – Most Famous Indian Recipe Your Guests will Enjoy for Dinner:

This dish first appeared in Delhi in the 1950s, when a person named Kundan Lal Gujral started Moti Mahal restaurant.

It is a standard dish in most Indian restaurants and is probably the most well-known of all Indian foods.

Without realising it, the restaurant’s cooks combined leftover marinade liquids with tomatoes and butter and then simmered the tandoor-cooked chicken in it. Unknowingly creating one of the most beloved meals ever and a potential international dish.

Parathas are basic flatbreads made with whole wheat flour. Few additional simple ingredients are also added. A soft dough is created and flattened by hand, then folded multiple times to make many flaky layers. They are then perfectly roasted and served warm with a variety of Indian cuisines.

During the 1500s, naan was incorporated as a breakfast option of many different royals. Who thought that practice would last for the following two centuries. Naan is a white leavened flatbread usually prepared in a tandoor oven. The charred parts and crispy edges of the naan are made by baking it in a tandoor.

The flatbread gets its name from the Hindi term chapat, which means “to slap,” and refers to the ancient process of creating the dough by slapping it between one’s palms. Chapati is a flatbread made with whole wheat flour, water, and salt. Usually, the dough is cooked in a pan. It is quite popular in India, Bangladesh, Nepal, Pakistan, and Sri Lanka.

The dish’s name is derived from two words: Gulab, which means rose, and Jamun, which refers to the purple-coloured Jamun berry fruit. Gulab jamun is a popular Indian dessert made of fried balls of milk solids and wheat dough. It is soaked in an aromatic syrup filled with green cardamom, rose water, saffron, and other ingredients.

Rasgullah is a syrupy Indian dessert popular in the Indian subcontinent. It is made with ball-shaped chhena and semolina dough dumplings boiled in light sugar syrup. This should be done until the syrup has saturated the dumplings. East India is where the dish originated.

The dessert is said to have developed around 2000 years ago.

It is an ancient Indian dessert that is prepared in various ways around the nation. It is a popular meal during many Indian rites, festivals, and festivities, although it may be eaten at any time of year. This is one of the best Indian recipes for dinner which your guests will enjoy for sure!

Halwa is a sweet dessert with a pudding-like texture. It is popular throughout India.

There are many different forms of Halva sweet candy in India, which are classified by area.

So the next time you have guests over, be sure to serve them with some sumptuous Indian Home – Cooked recipes with Exotic flavours! There are some of the Best Indian Recipes for Dinner which your guests will surely enjoy.