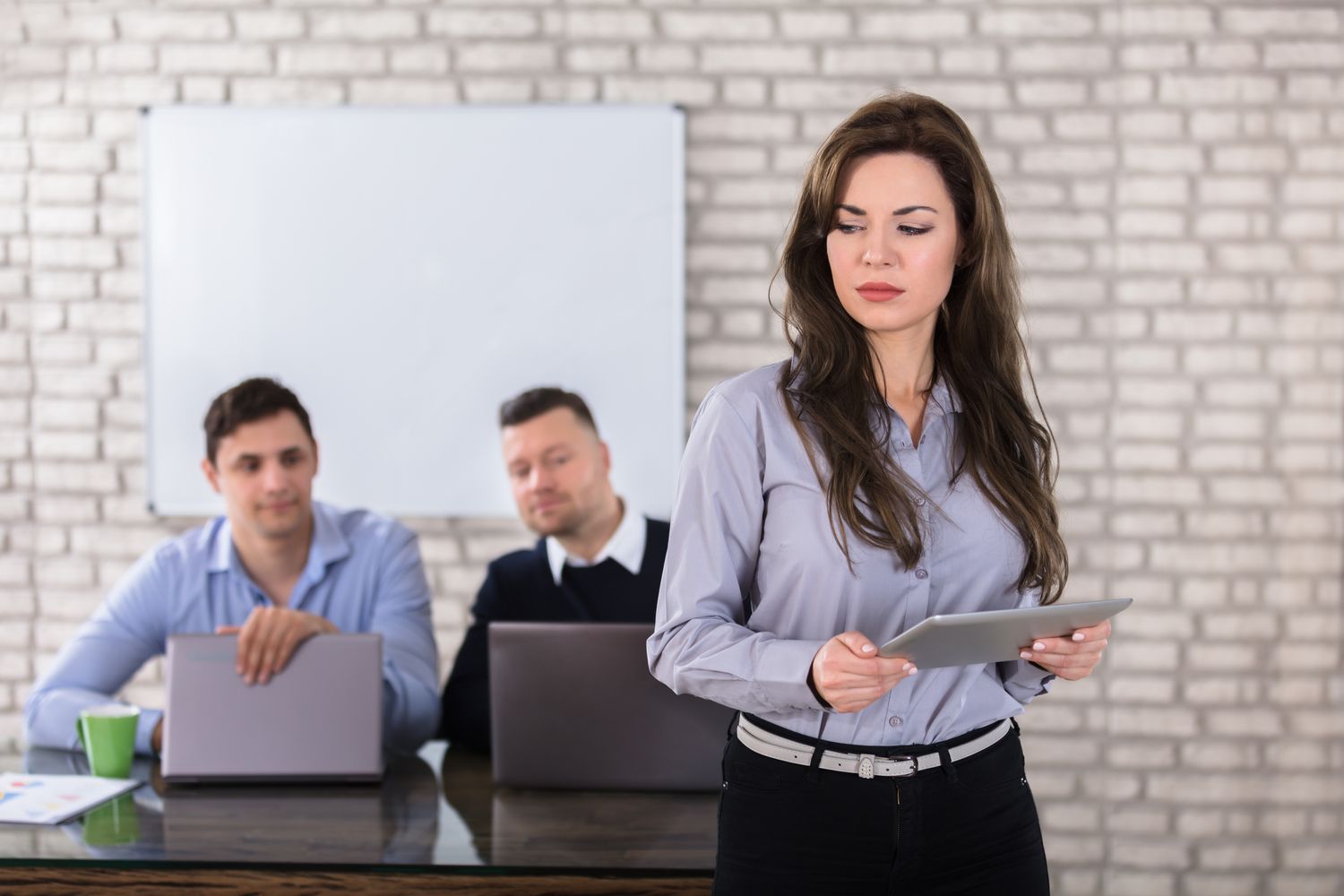 By Shivani KapurAugust 23, 2022No Comments

Sexual Harassment of Women is prevalent across all strata of society. Whether sexual harassment may be at a workplace, at home, at a restaurant or on the streets, women are objectified and harassed with complete disdain. Be it a casual brush, a snide comment, an unwelcome touch or a provocative sexual gesture, each of us has faced this in some form or the other. While some have the courage to speak up against the sexual abuser and put a stop to it, there are many who remain silent in fear. Either ways, sexual harassment scars you for the rest of your life.

Have you ever been victimized, mocked, or bullied by a person of the opposite sex? If you are being sexually harassed at work or school, you have the right to take action. It is never too late to raise your voice against this harassment.

“Our lives begin to end the day we become silent about the things that matter.”

What is Sexual Harassment of Women?

Sexual Harassment is a series of inappropriate sexual behavior that is insulting, embarrassing, or threatening. It can be written, spoken, or physical, and it can take place in person or online. This may happen to anybody, regardless of gender. Any form of sexual harassment is considered as discrimination.

What does Sexual Harassment include?

This form of abuse includes –

Is Sexual Harassment a Criminal Offence in India?

Yes, Sexual Harassment is a criminal offense in India. ‘Sexual Violence in Public Places’ and all such acts fall under the Indian Penal Code (IPC). If anyone you know or do not know has made a sexual comment, gesture or advance at you, please go to the nearest police station and report them immediately.

How to you handle Sexual Harassment?

Record or document the incident when it happens. Speak to someone who is aware and intelligent – who knows how to deal with such situations. Report the incident to the authorities along with proof and witnesses. Confront the sexual abuser in front of the authorities and make them aware that you are not scared. Get a restraining order against the abuser. Seek counseling for your own healing.

How to you Prove Sexual Harassment?

You need to record all the incidents when they occur. Take photos or videos of the incident. Store all text messages if you receive any. Gather as much proof as you can along with credible witnesses to prove your allegations.

Is Sexual Harassment and Eve Teasing the same?

Yes. Sexual Harassment and Eve Teasing are the same. They are a Criminal Offence in India.

Can a Man be Sexually Harassed?

Yes. Sexual Harassment is just not limited to women. If a man is taken advantage of at a workplace or anywhere else, it also comes under the same gambit.

Is getting Explicit Texts Sexual Harassment?

Which is the worst affected country in terms of Sexual Harassment?

Egypt. It is the worst affected country in terms of sexual harassment. According to United Nations, 99.3% women are sexually harassed here. The women who complain are punished by the authorities for coming forward.

What should you do if you face sexual harassment at work?

Make a recording of the incident and gather a witness. Report the incident immediately to the concerned department. Stand strong and don’t buckle under corporate pressure.

Tendencies of a Sexual Abuser –

Behaviour that qualifies as sexual harassment –

Signs of a Sexual Abuser

Those who harass other people generally have a tell sign –

A Sexual Abuser is Sexist:

Some men are born sexists and some become so due to their upbringing or friends. They do not believe in equality and do not feel that men and women can accomplish the same work due to perceived gender differences. Perhaps you’ve heard jokes about getting promoted because of your gender. You may have even been passed over for a job because of your gender. Each of these acts can be considered sexual harassment, especially if they contribute to the creation of a hostile work environment.

A Sexual Abusers is Proud and Egoist:

This is known as quid pro quo sexual harassment, and the harasser will say things like, “Are you sure you don’t want to hang out with your boss this Friday night? We’re going to have a great time,” and “I’ll do you a favour or promote you!” “Perhaps you could tell me how to grade you over dinner.”

The concept of quid pro quo sexual harassment is that the harasser uses his or her position to force you to do something you don’t want to do, such as accept his or her demands.

A Sexual Abuser is Flirtatious:

Some individuals believe that flirting is harmless, but in many situations, it is not. Flirting goes over the line when it makes you feel uneasy, uncomfortable or ashamed.

Here’s an easy way to look at it: You can easily differentiate between both vibes, Harmless flirting makes you happy. Harassment causes you to feel terrible, irritated, or uneasy.

Sexual Harassment of Women at Workplace –

Workplaces are a hub for sexual harassment with women. It is essentially a place where unknown men and women get together for a length of time and have continuous interaction. Sometimes, a person may develop intimate feelings while interacting with another person regularly.

They may start to share their personal problems and seek support from the one person they feel kinship at work. In such cases, the first person may become clingy or desperate for their attention and may cross a line.

A sexual abuser feels immense attraction to a potential victim. It does not matter to them whether she feels the same or not. They use their position of power or influence to get sexual favours from the victim.

Effects of Sexual Harassment at Workplace –

The victims of sexual harassment at their workplace suffer psychological suffering including humiliation, reduced motivation and loss of self-esteem. Their behavioural change include isolation and deterioration of relationships. Some victims also face stress-related physical and mental illness including drugs and alcohol abuse. In extreme cases victims forego career opportunities, leaving employment or committing suicide.

Employers of Workplaces which have incidents of Sexual Harassment experience decrease in work productivity due to compromise in team work and distrust. There is a general aura of de-motivation and impaired judgment. This form of abuse in work places, if not dealt with sternly, results in fewer applications from future potential employees due to loss of reputation. There is a fear of the same incidents happening all over again with them. Such firms then become male dominated which leads to gender inequality.

The society bears long-term rehabilitation costs for the reintegration of victims. Legal and criminal justice expenses are at the cost of the taxpayers. There is an overall gender inequality as women hesitate to venture into to high-status and well paid jobs which are traditionally male dominated.

Sexual harassment encompasses a far larger range of unwanted sexual behaviors than sexual assault. It can include unwelcome sexual contact, such as touching, hugging, or kissing.

However, as previously stated, sexual harassment does not have to entail sexual contact. It can also include sexual comments, improper jokes, or displaying your or others’ objectionable content.

Sexual assault occurs when you are forced, bullied, or deceived into engaging in sexual behavior, such as touching, kissing sexual acts, or sexual intercourse.

Sexual harassment may result in emotional, physical, or mental health issues for some survivors. Some examples may be:

Sexual Harassment is a big deterrent in achieving goals of gender equality. Despite awareness drives, government initiatives and strict laws, people are unable to control their urges. It is best for the victims to speak up right at the start and nip it in the bud. You shall not only be doing a favour to yourself but hundreds of others who may be getting abused by the same person!

Couple Goals – For The Perfect Relationship