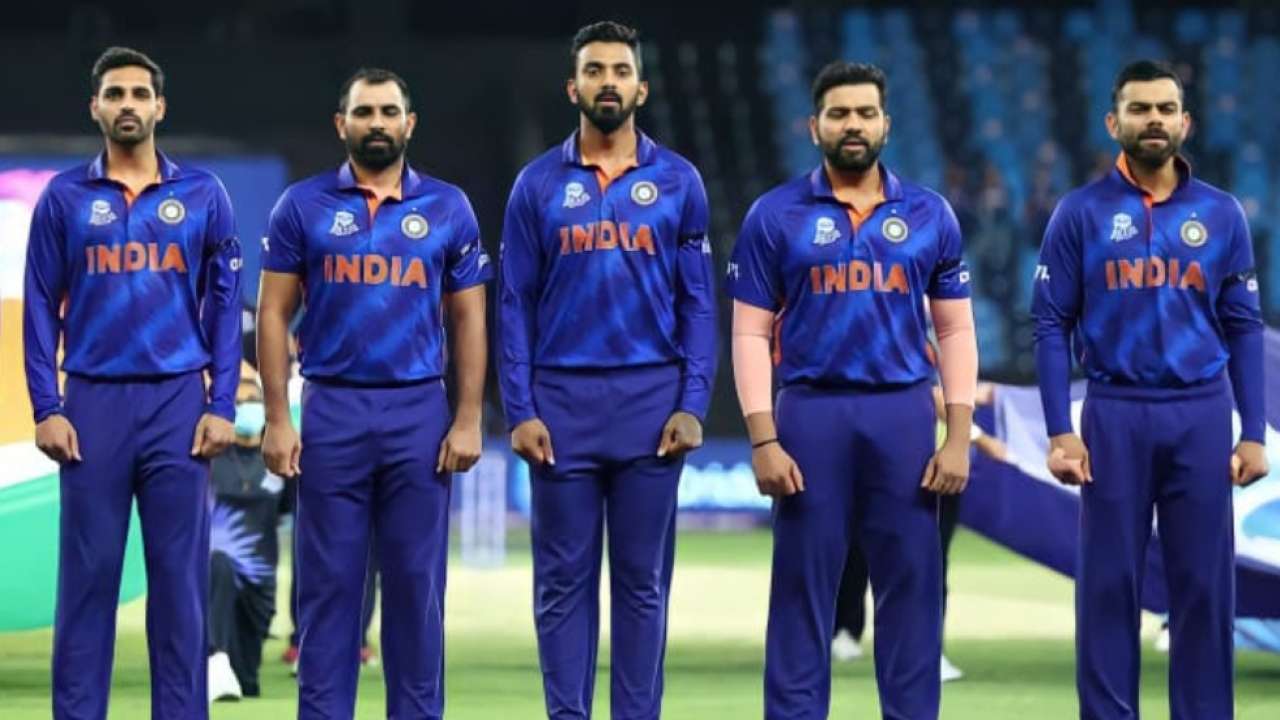 Indian Cricket Squad Selection for the New Zealand and Bangladesh Series scheduled just after the T20 World Cup 2022 was decided much before the Battle Down Under started Mid October. The big names like Rohit Sharma, KL Rahul and Virat Kohli were given a breather from the New Zealand Series. There was a fresh team which took guard in the tough and cold Kiwi conditions. The fiery pacer – Umran Malik was given a rare chance. The likes of Sanju Samson and Surya Kumar Yadav are mercilessly left out of the Indian Squad for Bangladesh.

The Team of Seniors in the Indian Cricket Team flew right back to their hometowns just after the T20 Debacle. There wasn’t a thought about how the youngsters in the team would face up to the harsh conditions of New Zealand. Should the blame lie entirely on the Selection Committee? Is someone else pulling the strings and deciding who will be there in the Squad? Or do the Players make themselves unavailable right after a major tournament? Read below to find out more.

With King Kohli just coming back in form, no one really expected the heroics he performed in the Match against India and Pakistan in the T20 World Cup. However, Virat Kohli is a player for the Big Stage. Unlike KL Rahul, he performs when the stakes are the highest. And the Master Artist created a Painting which would be smiled upon even by Michaelangelo and Monet. However, was it really required for the King to rest after the T20 World Cup? He had taken considerable break before the World Cup. Kohli, with his sense of responsibility and maturity, should have opted to play in the Kiwi conditions.

More than that, no one also expected that the Opening ‘Firing’ Squad of Rohit and Rahul to fail so miserably and face immense criticism for months to follow. KL Rahul defending Shaheen Shah Afridi on a full-toss ball right in the first over was indication enough for the misery to follow. The Indian Team had enough bench strength to replace him for a game or two – to get his marbles right. But no one had the guts to make this bold move. KL Rahul, playing the way he did, put additional pressure on an unfit Rohit Sharma to go for early shots. This caused him to collapse early on as well.

These two bigwigs of the Indian Squad should have been there in the New Zealand Squad in order to work on their game. However, since the squad was already announced, not only these two but also the Coach – Rahul Dravid was rested.

There are several roadblocks while selecting a squad for a series –

Players Choosing to Opt Out –

Player availability comes first whenever a squad is decided. The Players in India are big superstars, and they pick and choose the Series, Countries and Pitches they want to play in. Not only the Players, but also Coaches demand to be rested and given family time if they are out of the country for long. This is a new trend started by Senior Members of the Indian Cricket team in the past year or two. Rather than playing yourself into form or guiding youngsters in tough conditions, the senior players choose to sit back home. They give time to their families, and shoot for Advertising, rather than rough it out in tough conditions.

There is a Rotation Policy for Players, given the immense bench strength that Indian Cricket has in place. Younger players who are regularly performing in the domestic circuit or at the IPL are considered for matches which suit their style of play. But sometimes, this rotation policy is used by the players to their advantage.

Certain players choose to opt out of certain Bilateral Series on the behest that one should give a chance to youngsters. The recent Series in New Zealand, there was not one senior player in the lineup who could guide the young players. Shikhar Dhawan is himself fighting for his place in the team. He is the last person to guide an upcoming batting star like Shubman Gill or Sanju Samson, who may threaten his place in the ODI Squad. As a result, Sanju Samson got only one game, down the order, and was surprisingly dropped in the next one.

Lack of Seniors to Guide Debutants –

Amongst the bowlers, Shardul Thakur was seen guiding the two debutants – Umran Malik and Arshdeep Singh. These two, along with their guiding star, were taken to the cleaners in the First ODI. The Indian Pace attack was exposed and taken apart. What was the logic of dropping Deepak Chahar in the first ODI or sending Siraj back after the T20 matches is beyond comprehension.

New Zealand is one of the toughest conditions to play in the entire world. There have been matches in the past when India has faced New Zealand in their home turf. Here the entire Indian side has been bowled out within two Sessions in Test matches. Wasn’t there a need for a Senior player like Virat Kohli or Rohit Sharma to be a part of the team and guide the youngsters correctly?

Performers Dropped due to Favouritism –

There is much ado in the country at present with the poor selection for the upcoming Bangladesh Series. Opinions have been sought and polls have been conducted asking for accountability of the Squad going to the neighbouring country. Many will argue that the squad was announced much before the T20 World Cup. No one knew or could even imagine that Surya Kumar Yadav would display such heroics. Surya Kumar Yadav and Sanju Samson not being a part of even the ODI Squad in Bangladesh has led to severe criticism in the cricketing community. The matter reached the FIFA World Cup 2022 in Qatar, where fans were seen holding posters of Sanju Samson in order to show support.

The exciting pacer from Jammu, Umran Malik, also does not find a place for himself in the ODI Squad to Bangladesh initially. The Selectors had decided to persist with the aging Mohammed Shami, Umesh Yadav and the newcomer Kuldeep Sen, rather than give Umran Malik a consistent run. Umran Malik had an excellent debut in the First ODI where he claimed two Kiwi Scalps. Even in the third ODI, he was the singular wicket taker. It was only a last-minute shoulder injury to Shami which led to the inclusion of Umran Malik in the ODI Squad.

Rishabh Pant, Axar Patel and KL Rahul continue to feature in the Indian Squad for Bangladesh.  They have had flaccid performances in the recent past. Pant has been severely criticized for his poor fitness and selection of shots in critical situations. KL Rahul has been branded as the worst choker in Knock Out matches. However, these three find a place in the Bangladesh tour whereas Umran, Sanju Samson and SKY have been left out.

Where was this favouritism when Virat Kohli was having a poor run of form and the Selectors mercilessly snatched his captaincy from him?

With the pool of talent that India produces in the world of cricket, it is best to have a transparent, sound and fair Selection and Rotation Policy. The Seniors and the Coach should not be allowed to Rest in any games which are against the ICC Top 6 Ranking Teams. No International Tours against the Top 6 Teams in their Playing Conditions should be given any flexibility of rest.

The Youngsters should only be inducted in matches against the minnows to begin with. It should be kept in mind that if a youngster is making his debut, then a senior batsman or a bowler should be there to guide him. Playing against a minnow and performing well shall do wonders to his confidence. He can then be tried against a bigger team in future.

Performances in the IPL should not be the only criteria in Cricket Selection in National Squads. Domestic performances should be the first criteria for selection. Players like Sanju Samson and Surya Kumar Yadav come from sound domestic experience. These are those names that can turn around matches even in tough conditions.

The Preparation for the World Stage –

It is criminal to give rest to players who are in the form of their lives. Surya Kumar Yadav, after proving his mettle in the T20 format, he should be made ready for the ODI format. One should keep in mind that the ODI World Cup is scheduled in less than a year from now. Dropping him after a Rain affected Series will make a dent in this flow and form. It will also deny him the right to get used to Asian Playing conditions in the ODI format. Dropping SKY in the ODI Indian Squad for Bangladesh is a huge blunder.

Perhaps the Timing of the Selection of a Particular Series should also be kept in mind. Perhaps the Indian Squad for Bangladesh should have been announced after T20 Series in New Zealand. One should wait for a Series to get partially or completely over before announcing the squad for the next one. This shall also keep the players on their toes, and make sure that they don’t settle in their comfort zones.

It should also be noted that the only senior person left in BCCI is a political stalwart who has never played the game of cricket. Sound minds like Ganguly have been thrown out. If Cricket Teams are decided by Politicians based on their contacts and backing, then the result would be absolute failure.

While it may be easy to pick up a pen and a paper and start criticizing the Selection of the Indian Cricket team. But one has to understand that the Players Careers, Country’s reputation and the Cricket Fans’ emotions are all at stake. This gets personal when India performs poorly on the World Stage due to lack of proper selection.

While BCCI has taken a firm step to let go of the entire selection committee. It’s a positive step towards overhauling the entire process. It must be kept in mind that the Biggest Stage of World Cricket – the ODI World Cup 2023 is just around the corner. It is these small mistakes which can cost us all heavily.